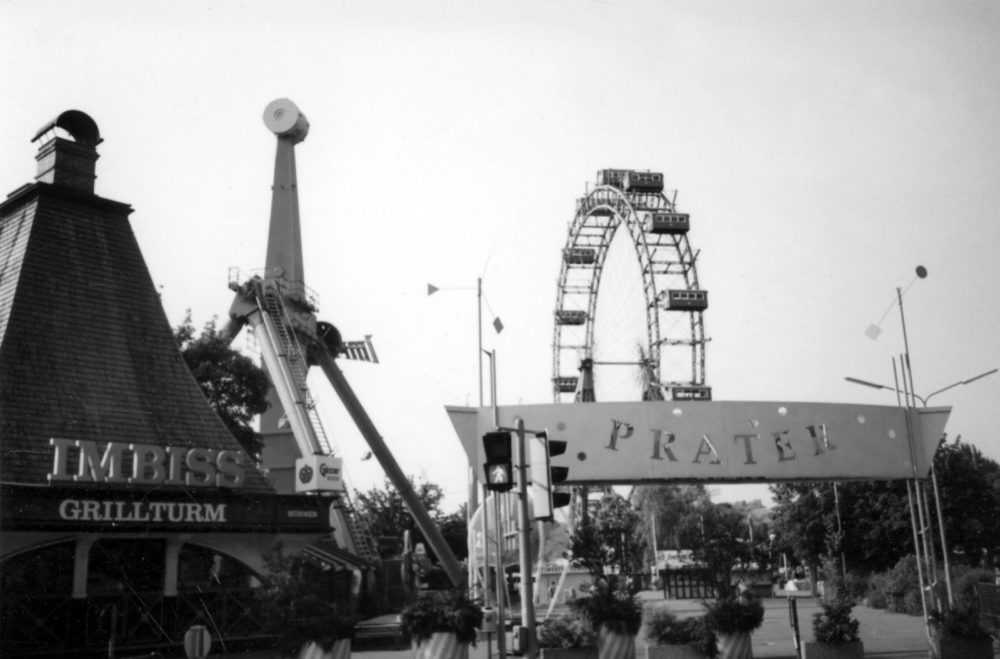 Whenever I hear the title song from The Third Man, I am transported back through a shuffle of memories, starting with our early married years.

The scent is alleged to be the sense which evokes the strongest memories of the past. It well, maybe, technically. Scents, however, are often elusive. The fragrance from a night-blooming flower might remind you of something—but what? A perfume your mother always wore might be easier to pinpoint.

But music, I think, is more apt to strike a familiar chord (pun intended) that one can readily identify. A zither playing “The Third Man” theme is that kind of haunting melody for me. . . .

Two episodes are particularly memorable to me. One is the chase through the city’s underground infrastructure…the echoing stairways, the gushing sewers, the barking dogs.

The other takes place on a giant Ferris wheel in the “Prater,” one of Vienna’s largest parks. Instead of seats, the Ferris wheel has, in effect, huge red boxcars large enough that people sometimes set up a table and chairs for a banquet in one of the cars. On this massive, slow-moving Ferris wheel, Cotton and Welles’s pivotal confrontation takes place in “The Third Man”—zither theme music throughout.

Purchase your copy of InnerViews at Amazon for only $8.00 if you act now!